Every great company has an origin story that is often never told. Here is the Kyros origin story.

While attending college, Nate found a burning passion for software development and decided to drop out to pursue this full time. He started his career by taking on freelance gigs from 2011 until 2017.

In 2017, he decided to go all in. He put all of his chips in the center of the table and bet on himself. He invested tens of thousands into office space, new equipment and budgeted for hiring developers.

He decided in 2018 it was time to ramp up marketing and brand exposure. He hired a local Grand Rapids, MI video production company to shoot a promo video for him. After meeting the owners, he found out that two of them (Chris Ake and Jon Butler) also owned a design and marketing firm.

Chris Ake and Jon Butler started an app design and social media marketing company called Grand Apps (and Kreativ Marketing) back in 2012. When their company took on custom projects, they would outsource the custom software development.

A very unhappy client was the catalyst.

At the time of meeting Nate, Jon and Chris had a handful of custom projects that were outsourced. There was one project that was burning in flames and the client was very, very unhappy. Chris and Jon knew they had to pivot and find a new team and soon hired Kyros Digital.

“We didn’t really ‘hire’ Kyros Digital, we more or less pleaded Nate to help us to save this project. We told him we would pay him any and all money they owed and we would take the loss just to make the client happy. We also knew if he crushed it, we had way more work to give him and partner on.”

Jon Butler on the start of the relationship

Sure enough, Nate knocked the project out of the park and saved the client.

Any business owner can tell you that it is tough starting and running a business, especially if you’re a solopreneur. You are responsible for literally everything like hiring, sales, accounting, management, client services and much more.

Nate’s biggest challenge was sales and marketing. He was brilliant with software and knew how to lead projects, manage devs and handle clients. But he was simply lacking time and help to scale the company.

Jon and Chris worked like a Yin and Yang with sales and marketing. They built a system and almost a decade of experience with many project opportunities coming in they couldn’t take on because they did not offer custom development.

Things really heated up when two employees of Chris and Jon’s old company offered to buy the company from them. Once this opportunity presented itself, they accepted the offer and decided to team up with Nate at Kyros to help grow and scale.

After the partnership, Kyros went from a small team of 3 1099 contractors to now a team of 20 in under 4 years.

The team grew even during the 2020 pandemic. In 2021, Kyros moved into their brand new office over at 280 Ann St NW, Grand Rapids, MI 49504 and set their eyes on becoming one of the best software development companies they can be.

Since the new partnership, Kyros has seen explosive growth, won several awards and has seen great success as a top software development company. You can check out some of our services here or some previous work we’ve done (we know we need to update this)

If you want to work with us, just contact us and let’s chat! For press or marketing, please email chris@kyrosdigital.com.

From Brokering Yachts in Miami to VP at Kyros, Meet Austin 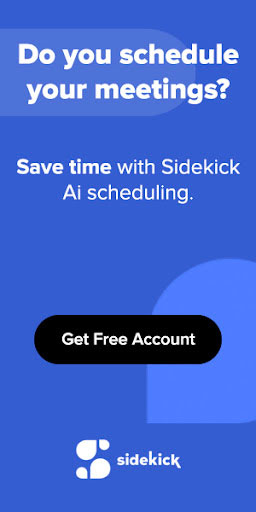